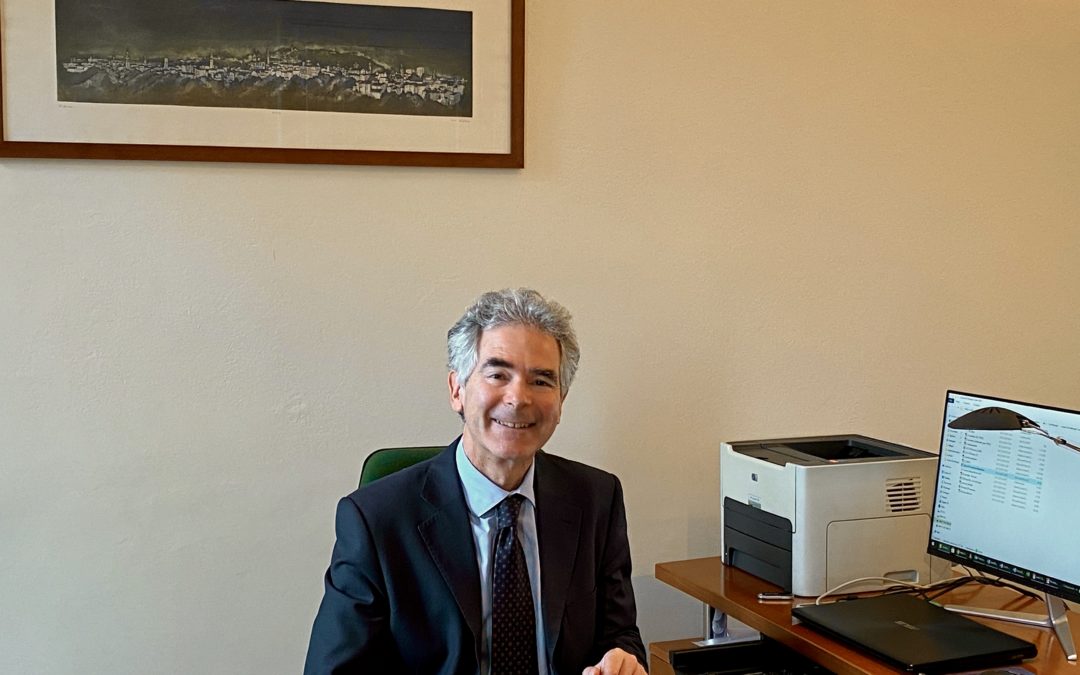 On Saturday 31 October 2020 the opening ceremony of the 2020/2021 activity year of the Accademia Olimpica was held, and on that occasion our Alberto Dal Ferro was awarded with the official appointment as “Accademico Olimpico Ordinario” in the Law, Economics and Administration subjects, after his election occurred in December 2019.

The all ceremony, which was opened by the President Prof. Gaetano Thiene, and saw the contribution of prof. Massimo Galli, virologist, from Sacco Hospital in Milan, was streamed online and is available on this Youtube link.

This was Alberto’s introduction:

Lawyer, specialised in EU Law and partner of an important law firm based in Vicenza, he mainly works in its Brussels office.

Graduated in Law in 1982 and in Political Science, international program, in 1985 at the University of Padova, since 1986 until 1989 he served as agent of the Court of Justice of the European Union.

After his experience in this prestigious institution, he worked as lawyer and external consultant both in several institutions and bodies of the European Union, such as the European Commission, the European Investment Bank, the Economic and Social Committee, EFSA, and in leading Italian and foreign firms.

He wrote a series of publications and participated as lecturer in seminars and conferences in Italy and abroad, as well as in trainings organised by different Italian bars and universities”.