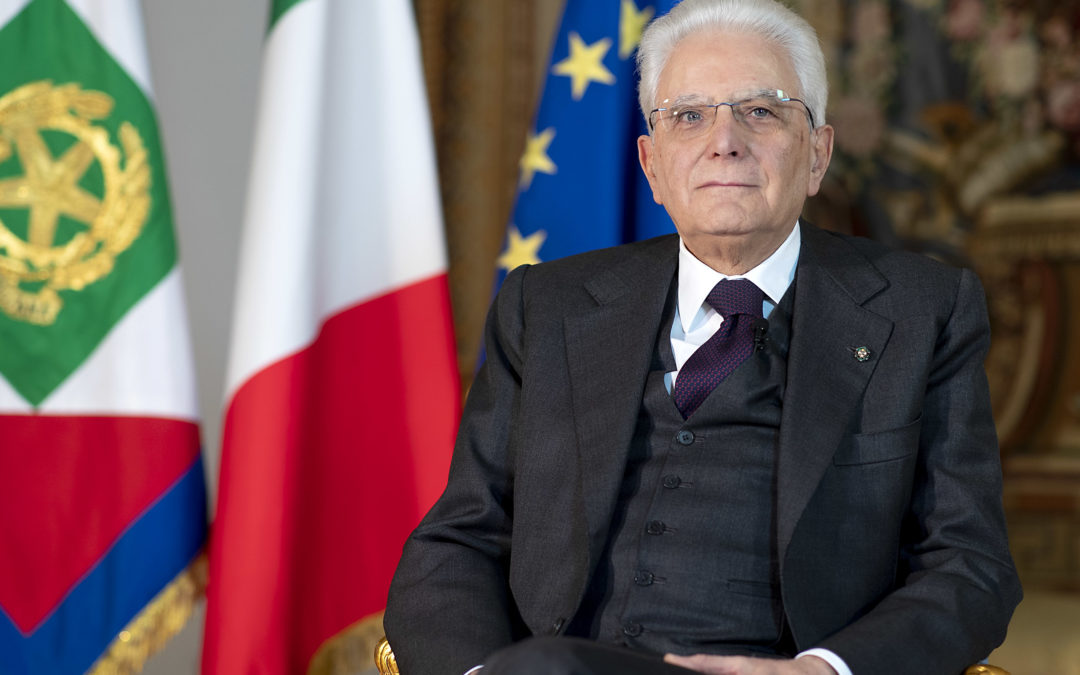 “Nessuno si salva da solo” (nobody can survive on his own): this is the very essence of the significant contribution by Professor Oreste Pollicino reported in an article published on the newspaper Il Sole24Ore last 13th March, from which one could infer the reason why the President of the Italian Republic, Sergio Mattarella, found himself bound to intervene determinedly towards the EU Institutions.

As the initial reaction from Brussels, and above all from Frankfurt, left disappointed President Mattarella, the latter did not miss the chance to remind – calmly, but strongly – to the other Member States that

“Italy is now facing difficult conditions and its experience in fighting the coronavirus spread will likely be useful for all EU Member States. Therefore, Italy reasonably expects, at least in the light of our common interest, solidarity initiatives to be put in place, and not behaviours able to hamper its action”.

Professor Pollicino correctly reconnected the said demand for solidarity initiatives to the commitment that the Italian legal system undertook to the benefit of the European Union thanks to article 11 of its Constitution. This article provides for the possibility to limit Italian national sovereignty, which is only allowed on equal conditions with other States, if aimed at the creation of a legal system promoting peace and justice between Nations.

President Mattarella then publicly intervened almost as if he wanted to underline that, as Italy is part to a wider transnational collaboration project for which it profoundly sacrificed its own sovereignty, it is expected that other Member States recognise the effort the country is making in order to reduce the pandemic spread.

Italy seek to demonstrate that the heavy restrictions on personal freedoms imposed on all its citizens (with no exceptions) intend to assume a wider meaning, which crosses national borders, because it is aimed at the protection of both Italian citizens and other Member States citizens, also in the light of the solidarity feeling which has been tying us since the Rome Treaty.

Despite the initial hesitation from Brussels, it now seems that the European Union acknowledged the dramatic situation that States of at least half of the continent are experiencing, starting from Italy.

In this respect, the President of the European Commission Ursula von der Leyen stated that the Union is ready to meet the requests from Italy, by means of a greater flexibility regarding the Stability Pact and the increase of State aid (source: Ansa, 13 March 2020).

Due to the fast outbreak spread to many countries, the European Union meanwhile set up a task force of experts and commissioners to face the healthcare and economic crisis. Said task force is made up of different commissioners (among whom, Commissioner Gentiloni) who are responsible for the most affected policy sectors, such as macroeconomic aspects, internal market, health issues, mobility and border-related issues.

Among the first ones, also Commissioner Vestager declared that the EU is working for a new framework with the view to drive governments on how to use State aid to contribute and stabilise economy (source: Ansa, 13 March 2020).

In the meantime, in a press release of 13th March the European Commission listed all priority areas where strong interventions are foreseen for the safeguard of the individuals’ health conditions, as well as for the stabilisation of the market and undertakings.

All the above because, as Professor Pollicino stated, “nobody can survive on his own”.