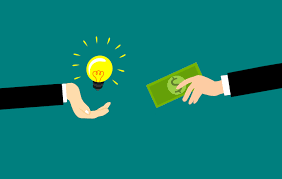 As usual, Andrea Cevese and Silvia La Barbera, in collaboration with Unioncamere del Veneto, drafted the Manuale sugli aiuti di Stato per le Camere di Commercio Venete ed enti controllati (the Handbook on State aid for Chambers of Commerce of the Veneto Region and controlled entities) updated with the last news on 2018 legal provisions and case-law.

State aid regulations represent a fundamental area of European Union law as they concern public financing granted to undertakings or entities, which, on one hand, may embody a great source for companies (e.g. on R&D issues) and, on the other hand, could create considerable distortions of competition.

For this reason, it is up to the competent authorities among which, mostly, the European Commission, to monitor on the distribution and use of State aid, in order that they are granted as good aid, i.e. subsidies creating actual value, within the limits of the derogations to the general prohibition of granting public aid.

Basically, not every State aid is admitted or admissible and it is crucial to undertake a careful preliminary evaluation when they are about to be granted, so not to facing the risk of being bound to recover them from their beneficiaries.

In this perspective, since 2002 Unioncamere del Veneto, together with DFA Law Firm, has been updating the above Handbook so as to clarify some criticalities of EU regulations on State aid, which mainly addresses to Chambers of Commerce, as well as to any other public allocating body, trade associations and undertakings receiving this kind of financing.

It is possible to read the last version on the Handbook, upon prior registration, on Unioncamere del Veneto website.